Get in Touch Now!

Aurecon is completing detailed design for all civil, structural and building components of the new and upgraded rail infrastructure at Central Station, in partnership with GHD and Atkins.

As part of the broader transformation of Central Station, Aurecon was engaged by Sydney Metro and Transport for New South Wales to undertake comprehensive pedestrian modelling.

Excavation and construction of the new underground Sydney Metro platforms at Central beneath platforms 13, 14 and 15

Much of Central Station infrastructure dates back to 1906, with predecessor stations built at the site in 1855 and 1874. This project represents the largest upgrade to the site in decades.

It is also one of the first infrastructure projects delivered on such a scale in Australia to be fully digitised in terms of 3D modelling. Elements of the digital delivery include:

The project is particularly complex because of the extensive works taking place within a live station environment with more than 270,000 people using the station every day.

Early and enabling works for Central Station Metro have been underway since March 2018. Central Walk and the new escalators from Platforms 12 to 23 will be open in late 2022, with the new metro platforms to become operational once Sydney Metro City & Southwest services begin in 2024.

The Deakin.one commercial development is a three-storey office building which completes the Deakin masterplan. A central atrium establishes spatial connectivity between all levels of the building 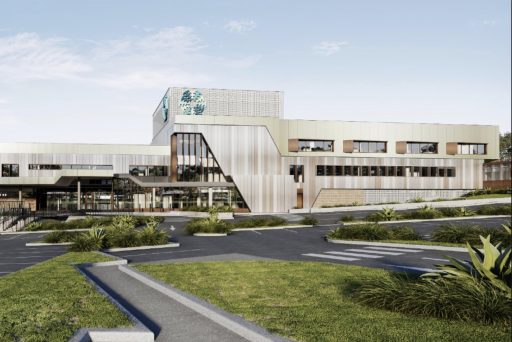 The Victorian Government is investing $115 million in the Wonthaggi Hospital expansion project. This investment will help the Bass Coast Shire community receive the same standard and access to

Project Remediate is a three-year program to help remove combustible cladding on an estimated 225 buildings known to the Cladding Taskforce.  Eligible building owners will be helped

Given the close proximity to Port Philip Bay, the GHD architectural scope was clear, robust, resilient and 100% non-combustible. SOLIDAL® T4 Custom Modular Cassettes were selected for the Mentone

Cullen Feng Architects have selected the SOLIDAL T3 CMC product, as their preferred product choice for the Elizabeth Plaza reclad in North Sydney. In a prime location in North Sydney, it will bring

The Wagga Wagga Hospital redevelopment was managed directly by NSW Health Infrastructure, rather than via the typical external project management consultancy

SOLIDAL® T3 was selected as the replacement materials for the American Express Building in Barangaroo. The material brief was to replicate a textured look, whilst not risking the metallurgy and

A range of environmentally conscious features and smart city initiatives have been included in the Sports Park’s design, such as the integration of microperforated sound dampening 50mm deep modules

SOLIDAL® were commissioned to provide Soffit design for this new-build 5 star Crowne Plaza Hotel on the busy intersection of Sussex and Bathurst Streets in Sydney CBD.

This website uses cookies to improve your experience while you navigate through the website. Out of these, the cookies that are categorized as necessary are stored on your browser as they are essential for the working of basic functionalities of the website. We also use third-party cookies that help us analyze and understand how you use this website. These cookies will be stored in your browser only with your consent. You also have the option to opt-out of these cookies. But opting out of some of these cookies may affect your browsing experience.
Necessary Always Enabled
Necessary cookies are absolutely essential for the website to function properly. This category only includes cookies that ensures basic functionalities and security features of the website. These cookies do not store any personal information.
Functional
Functional cookies help to perform certain functionalities like sharing the content of the website on social media platforms, collect feedbacks, and other third-party features.
Performance
Performance cookies are used to understand and analyze the key performance indexes of the website which helps in delivering a better user experience for the visitors.
Analytics
Analytical cookies are used to understand how visitors interact with the website. These cookies help provide information on metrics the number of visitors, bounce rate, traffic source, etc.
Advertisement
Advertisement cookies are used to provide visitors with relevant ads and marketing campaigns. These cookies track visitors across websites and collect information to provide customized ads.
Others
Other uncategorized cookies are those that are being analyzed and have not been classified into a category as yet.
SAVE & ACCEPT